Jon Douglas The rantings of a developer

One of my goals as a developer has been to learn what the big deal is regarding RX(Reactive Extensions). I’ve always been interested in learning more about it, but I’ve had multiple learning blocks trying to wrap my head around it. I first started learning about RX(Reactive Extensions) back in 2013. It’s been four years since and I’m still struggling to learn it. So I figured what better way to learn it other than writing about it?

Why learn RX(Reactive Extensions) from a developer standpoint?

RX has slowly overtaken various development communities by storm. Here’s a few reasons why I personally dived into RX.

I’m not going to convince you with a pros and cons list, but rather I’m going to give an example of how RX can help you.

Imagine the application we are going to create mimics a family BBQ in which hamburgers are served. Let’s give some roles to our family members based on what they are responsible for preparing. 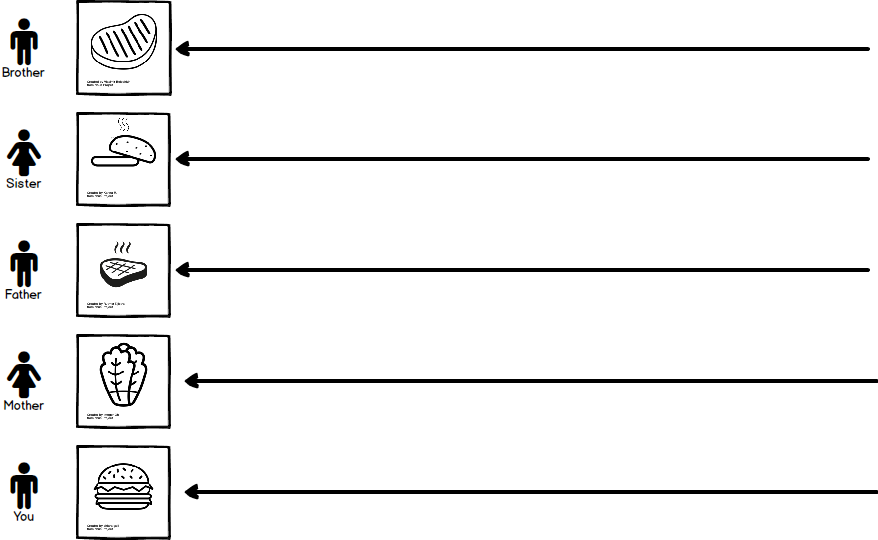 Brother is taking out raw meat packages from the freezer and following a few steps:

It takes Brother 3 seconds to prepare each piece of meat.

In short: He is checking that the meat is not Rotten and then preparing each piece in 3 seconds.

Sister is taking buns out of the freezer and following a couple of steps:

It takes Sister 5 seconds to heat each bun.

In short: She is Heating the buns which takes 5 seconds each.

Father is near the grill ready to cook and following a couple of steps:

Father is fast! It doesn’t take him anytime to cook the meat.

In short: He is Cooking the raw meat when brother provides it as soon as possible.

Mother is cutting up lettuce and following a couple of steps:

It takes Mother 2 seconds to prepare the lettuce.

In short: She is preparing the lettuce which takes 2 seconds.

You are waiting for your family to finish all of their tasks so you can do yours.

In short: You will be taking a Cooked Meat, Heated Bun, and Lettuce to create a Hamburger as soon as you get each ingredient.

You may also notice that each one of our family members have a role in which they are producing something. However each stream has a different set of dependencies, filters, transformations, and combinations they must adhere to. Each stream also might take different amounts of time to complete.

This is a way to ensure that we are assembling a perfectly edible hamburger so we do not get sick during our family BBQ.

We only have one example of a filter in this sample:

Brother - Checks to ensure each meat is not Rotten.

We are also transforming our ingredients to different states.

We have two examples of tranformations in this sample:

Father - Puts the raw meat on the grill which makes them Cooked.

Sister - Puts the buns in the microwave which make them Heated.

Now we need to finally create our hamburger based on the other streams our family is producing. I’ve color coordinated each ingredient to show what hamburger it belongs to. The items marked in Red sadly get discarded because we don’t have enough Meat that is Cooked, sadly Brother has already thrown away the Rotten meat.

Why is this better?

This is because reactive programming lets you focus on what you’re trying to achieve rather than on the technical details of making it work. This leads to simple and readable code and eliminates most boilerplate code (such as change tracking or state management) that distracts you from the intent of your code logic. When the code is short and focused, it’s less buggy and easier to grasp.

Quoted from the book RX.NET in Action

You can find the code which you can run locally in Visual Studio or LINQPad here:

This sample will run continuously to demonstrate assembling a hamburger.

Note: Don’t forget to install RX - Main into your project!

Note: The diagrams in this blog post are RTL when in reality most diagrams show LTR such as marble diagrams. This was a bit easier for me to learn with.

Icons were used from the Noun Project .

You can signup at the following link: Programming Xamarin.Android Email List